Eagles and Angels is an annual event held on December 1  of every other year. At this colourful event, servicemen who died during the year are identified and honoured as Angels, the public meets their families and learns about the difference made in their lives through the Foundation.

Also at the event, patriotism and gallantry of servicemen nominated as Eagles from the Nigerian Army, Navy, Air Force, Police and other security agencies are rewarded with awards, and the outstanding supports of philanthropic Nigerians are publicly acknowledged and appreciated. 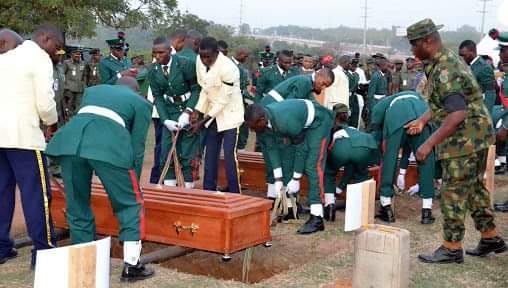 Through the glamour of this event and other activities advancing the welfare of families of fallen  servicemen, the Foundation seeks to greatly promote patriotism and gallantry in the ranks of military and paramilitary services of the Federation for the achievement of its Mission; strengthening security towards a safer and progressive Nigeria.